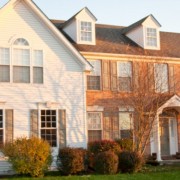 My house is being foreclosed, what can I do?

If you have not paid on your house and are in foreclosure, there may be hope.

The banks generally don’t want your home; they want your money.

The problem is that they are not sure that you are going to pay. You might want to pay but circumstances are beyond your ability to pay.

There are a few options, first of which is HAMP or the Modification Program. These programs seem to be designed to help consumers if the consumers can make it through all of the delays, the claims of missing paperwork, claims of out-of-date paperwork and claims that you have to re-file because some arbitrary deadline was passed.

It is an unpleasant process but nearly all of my clients who were in foreclosure since these programs began were able to keep their homes for the time-being.

While there are claims that the mortgage companies cannot foreclose because some papers got lost or a “robo-signer” signed their affidavit, most of these defenses are merely stalling tactics which the creditor generally fixes with enough time.

The idea is to stall long enough until you are able to make a settlement with the creditor to keep the house. 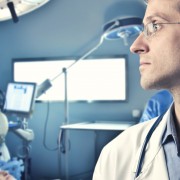 Help I can’t pay my medical bills and now I’m being sued.

There are some defenses to these lawsuits as well, though not as many as in the other matters.

The most important one that I have found is for the providers to justify the amount of the bill and for the amount not to be completely outrageous. For example, there are situations where you are being charged for the surgical gown, even though it can be re-used. Perhaps, you are being charge $5 for an aspirin whereas the insured folks only pay $.05. If nothing else, sometimes medical providers would prefer just to let a debt go rather than go to Court to explain why the $5,000 procedure only costs $300 to Medicare patients or $350 to insureds or why you got charged extra for the ICU room when you were already being charged for the ICU in the first place.

Note, however, that some of the public hospitals now consider themselves parts of the state government. So, rather than deal with attorneys, some institutions merely send the bill into the Kentucky Department of Revenue, who then sends you a collection letter. If you do not respond appropriately, then the Department of Revenue treats it like a tax debt and garnishes your bank account, for example. You find out when your checks bounce or the bank calls you up.

Is that legal for them to simply take your money without more notice? I don’t think so. The problem, however, is suing the Department of Revenue over $320 that should not have been garnished may cost more than you are entitled to receive. So, it is, unfortunately, a question of cost/benefit analysis. Given that the bills are usually owed, most potential clients just shake their heads and complain. Also, I don’t think one can collect attorney fees for suing them, so that would all fall on the client for their legal tactics.

So, when you get one of those notices, do not ignore them. I have managed to help a few clients avoid those debts in those situations with some fancy footwork.

As a side-note, under the Affordable Care Act (“Obamacare”), insurers have to justify why they will not pay for your bill. In the old days, what you could do about that was limited. Now, however, there is a set of actions you can do with the insurance company to see if you can get them to pay.

Like many folks, perhaps you do not want to wait until you get sued and bankruptcy is not something you really want to avoid. In these cases, it may be helpful to negotiate with the credit card companies. By setting up a convincing reason and showing some hardship, you may be able to get a discount off of what you owe. I have generally been pretty successful in negotiating a discount with the credit card company of anywhere from 40% – 90% discount. Of course, every client is different, every creditor is different, and every credit score is different.

One thing is for certain, the credit card companies make it extremely unpleasant for you to negotiate. The wait times may be long, you may be disconnected right when you are close to a deal, you may be transferred to a half dozen people apologizing profusely that you received the wrong department, you may be requested to send a document in which is promptly lost, or the creditor can simply say that it changed its mind and is not offering anything much today. The idea is persistence and patience and a little legal know-how. Consider it mental elbow grease.

Remember, however, that if you do get a discount, it will be reported on your credit report negatively.

Also, the creditor may send a form to the IRS stating that you borrowed $10,000 and only paid $4000. The IRS may consider the $6000 difference as income and you could be taxed accordingly. So, it is very important that you talk to your accountant, CPA or tax preparer to make sure that you respond to the IRS accordingly. Do not ignore the IRS; they are not going anywhere. 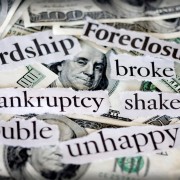